Nope. I don't feel any older. Or more responsible, for that matter.
From the head of JvO on Monday, May 29, 2006 No comments: 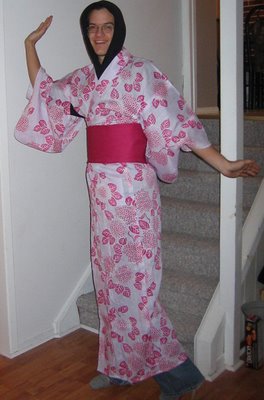 Michelle, you've got yourself quite a catch.
From the head of JvO on Wednesday, May 17, 2006 No comments:

Everyone, I would like you to meet Brian. He's going to be my husband! 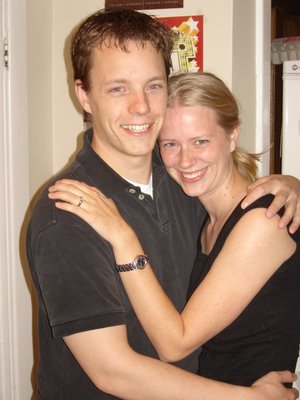 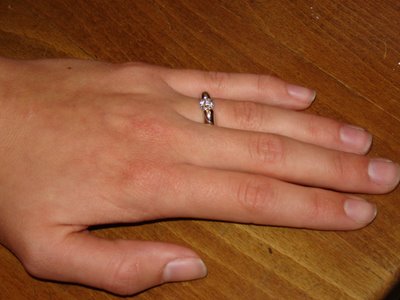 Of Gerbers and Greenhouses

I bought a plant last week for my office. That brings the plant count in my office up to six. Two African Violets (one a gift from Richard to me last month, one most likely a gift from Richard to Shalena a few years ago), a funny-looking miniature red palm tree type-plant, a "cyclamen", a half-dead plant with little yellow flowers, and a monstrous Aloe plant that has taken over most of the corner table upon which it sits --its arms look like long tentacles reaching out for me--if I disappear someday, you'll know why. Oh- make that 7 plants-- there's a corpse of a plant on my floor. I think it used to be a rose of somesort... It was on its way out by the time Hayley bequeathed it to me. The plant that I bought, however, was a nice pretty springtime flower, bright and cheerful- a pink Gerber Daisy. That was last Tuesday that I brought it in. Today I came in to work only to find it completely wilted over. Bone-dry. Heat stroke, I'm guessing, but who can really tell?
From the shape all these plants in my office are in, you'd never guess that I have worked two long summers at greenhouses. I've done succulents, trees and flowers- that covers all the foodgroups in my office, and yet each plant suffers from a different ailment. I think one of my African violets has root-rot. Saw that a lot in BC. Never quite figured out how to fix it. The half-dead yellow-flower plant seems to have missed out on the pinching that most other greenhouse plants go through- it's so tall and floppy I think it's aspiring towards bush status. Anyhow, I sliced right through its dreams and ambitions with my scissors the other day, went right to the main branch and chopped it right off. Wasn't happy with me for several days, but the rest of the plant seems to be compensating now and filling in those gaping holes, it's really filling out quite nicely. But it's still half-dead.
My Pet Monster seems to suffer from a combination of root-rot and dehydration, simultaneously. I don't mind, though, without that handicap I'm sure he'd have traveled halfway across my office by now.
Anyhow, all I'm hoping is that my gardening skills don't reflect too poorly on my work skills, as they are the first thing that students see when they come into my office. Sigh. My poor Gerber. Would have been better off in the grocery store with fluorescent lightbulbs as its only source of nutrition.
From the head of JvO on Monday, May 08, 2006 No comments:

What? Winter? Did that happen this year?

Apparently it did... at least I have the pictures to prove it. The following shots come all the way from Mt Tremblant en Quebec. Brian, Nick, Laura and I spent a fantastic three days enjoying the snow, snowboarding and village found at Tremblant. Well ok, perhaps it wasn't all enjoyable (ie. chair lifts breaking down leaving us stranded on the north side of the mountain for an hour or two...) but a nearly-free pair of snowboarding goggles took the sting out of the mishaps. 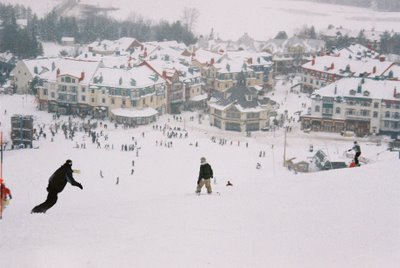 Nick (closest) and Laura (bit farther) rushing past me on one of the steepest drops on the mountain. 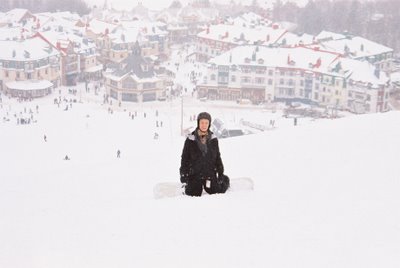 Brian and his snowboard... 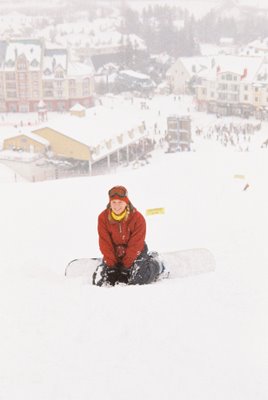 Me 'n' Phoebe taking a rest. 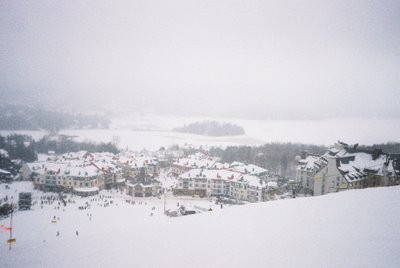 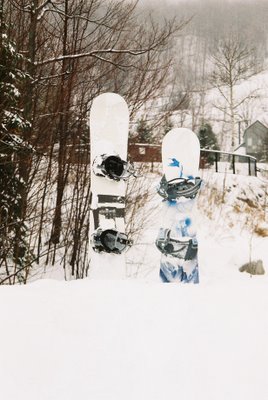 Aww, Brian's board and Phoebe. I only got to ride her four times before the snow ran away. Next year.
From the head of JvO on Thursday, May 04, 2006 No comments:

Brian has officially and legally been a Nerd now for over a year... Congrats, Brian! Here's Brian in the honeymoon stage of Nerding... 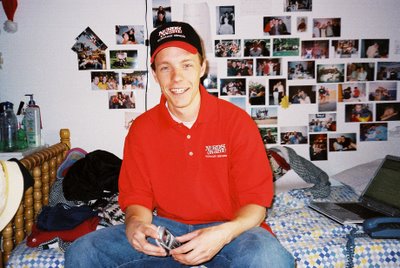 And the newly decal-ed car... it's so shiny! 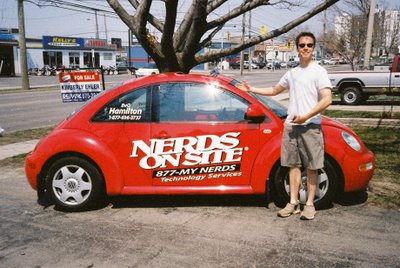 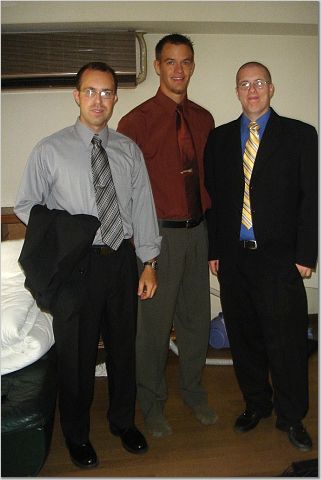