Send your own ElfYourself eCards
From the head of JvO on Friday, November 27, 2009 No comments:

You've got to admit: 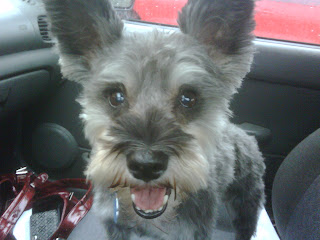 She's pretty cute when she's all cleaned up.

.
Sent from my BlackBerry device on the Rogers Wireless Network 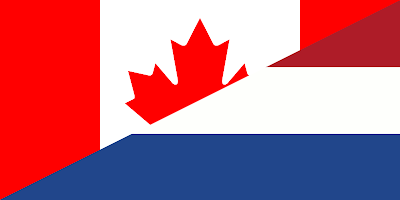 Every year at Remembrance day, and then again in spring when the tulips bloom, and on V-day and on D-day, I think about the sacrifices that my fellow Canadians made in WWII. I think about how proud I am to be a citizen of a country where so many people gave their lives to end the tyranny and oppression in the lives of those they didn't even know, the lives of those in far away lands. 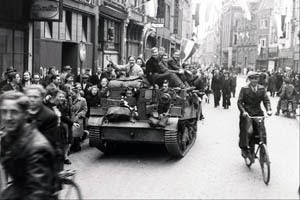 And then, I realize that I should not be proud of them: I should be so very thankful and grateful to them. Their actions are not those of fellow citizens that I can claim, in some sense, as my own heritage. Their actions are those of brave and unselfish strangers who gave my family, my grandparents and great aunts and uncles, the chance to live in peace. My family was 100% European at the time of the war. The acts of the Canadians, the British, and the American soldiers directly impacted my family history. I am a first generation immigrant - the child of immigrant parents, "first in a family line to be born in the new country" (Wikipedia) - and, while nearly every Canadian is an immigrant at some point in their history, I truly am - and it's a little strange to think about. A friend of mine is a Daughter of the Empire - a United Empire Loyalist - her family has been in Canada since at least 1783. They've been here for 226 years compared to our 58/52 years (Brouwer family/Van Breda family respectively)! And yet - no one that I meet on the street would ever think that I'm a more recent Canadian than Laura. However, another acquaintance of mine belongs to a family who immigrated from Asia in the 20's - again, her family has spent more time in Canada by some 30 years than mine has - but people actually ask her when her parents immigrated. It's strange to think about the fact that my Canadian history is so short.
From the head of JvO on Friday, November 13, 2009 No comments:

This is our back yard as it has appeared throughout the last two years. The large photo is the most recent one, taken yesterday afternoon after the boys (Joel, Dan, Bun & Brian) finished sodding the yard. I am SO happy with it, there is no more stump, no more weeds! (Well, we'll have to keep on top of that next year, since we didn't kill the weeds before we tore up the back yard - so they'll come back). The top left two pictures below look very pretty and very green, but the majority of the green in the yard was in the form of a) clovers b) dandelions and c) prickle bushes. Now, it's pure grass! Izzy loves bouncing around on it, but she is very sad that there is no place for the mice to hide now - we're going to have a hard time keeping her from digging up the sod by the neighbour's fence, since she's positive that that's where they're living! 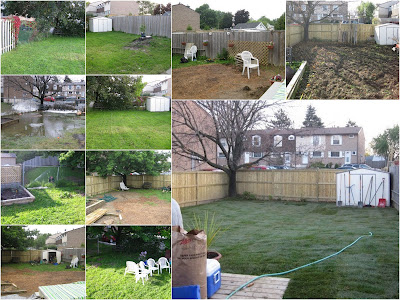 Two weekends ago, Brian and I drove out to Bowmanville to the East Side Mario's to surprise Marya (along with Mom and Dave & Lisa) for her 30th birthday! It was a delicious lunch and a fun time together! Afterwards we went back to Mar's place for some Wii and some cake - good times! The Wii Fit has some very fun activities on it, but I don't excell at many of them. I was even beaten by Evan at one of the activities! It was too bad that Steve & Sarah & the kids and David couldn't come to the party, but I'm very excited that when we celebrate family Christmas in February, everyone will be around (including the newest little Van Breda)!! 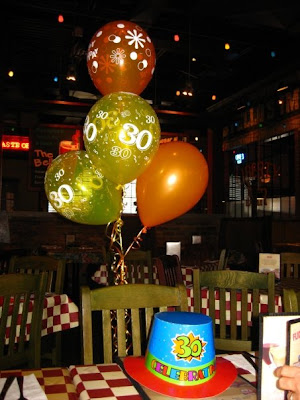 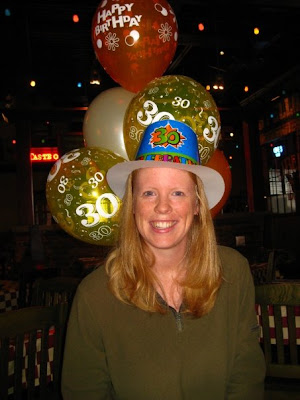 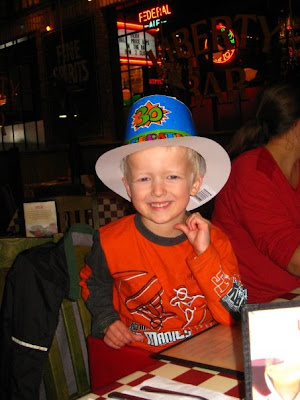 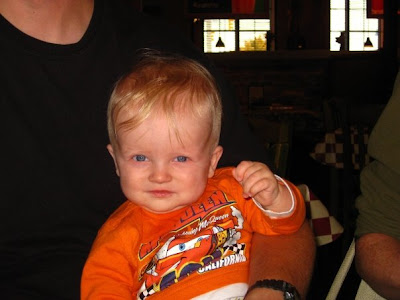 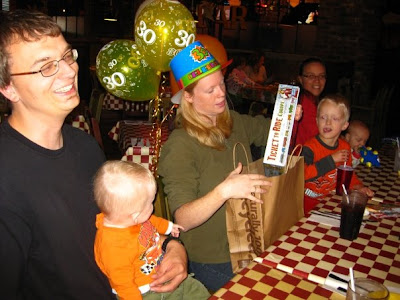 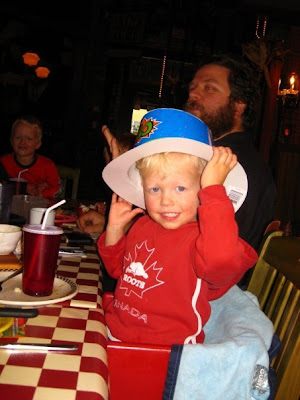